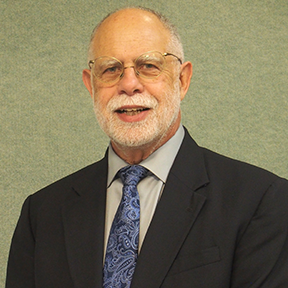 Ed Spriggs was elected to the City Council in November of 2010. His major goal is improving the quality of life for all residents of Imperial Beach. Ed’s community involvement has included membership on streetscape improvement work groups, the Ecotourism Committee and the Tidelands Advisory Committee, which he has served as chairperson for the last two years prior to his election.

Ed grew up in San Diego as the eldest son in a working class family. He graduated from Morse High and went on to attend UCSD where he earned a BA in Economics and became the first member of his family to receive a college degree. He spent two years working in community development in the bay area before journeying back east to attend law school. After receiving his degree from New York University he practiced business and international law with a well known firm in Washington, D.C.

Four years later he was recruited into the Foreign Service with the U.S. Agency for International Development where spent the next 22 years serving abroad and in the U.S. in various positions, including Regional Legal Advisor, Assistant General Counsel, Director of USAID in Namibia and Regional USAID Director for Southern Africa.

Ed’s focus throughout these years was to try to make sure U.S. projects were cost-effective, sustainable, and likely to improve living conditions in the countries involved. His major interests were environmental, educational and democracy development projects, as well as policies affecting private investment and business development.

Ed returned to San Diego in 2001 to assume the position of Associate Vice Chancellor for Resource Administration at his alma mater, UC San Diego. In this role he serves as the chief operating and financial officer for the division of Student Affairs and enjoys occasions where he can talk to and advise students about community development, law, and international careers.

When he returned from his last overseas assignment, Ed looked everywhere in San Diego for the right community for himself and his family. That is when he rediscovered Imperial Beach. Having grown up in San Diego with a love of the ocean, often riding a bus for 1 ½ hours as a kid to go body surfing, he knew immediately that Imperial Beach was the home he had been looking for all his life.

Ed has four adult children. In addition to body surfing, he enjoys walking the IB trails and the beach for exercise, skiing with his kids, golfing with friends, and occasionally a good science fiction book.